I have a tongue-in-cheek topic that might ruffle feathers, in vernacular terms expressed as ‘stirring shit’ [smile]. Here we go.

Diets. There are hundreds, each claiming to be THE panacea for a better living and a long life. All of them different from one another, but all agreeing on one single statement: “You’re fat. Do you really want to be fat and unhealthy for the rest of your life? Now, if you follow THIS diet (which is the ONLY right one), you’ll be thriving. And that’s a fact!”

Pity that there are different opinions to what constitutes as to being the ‘right’ one:

Paleo will say that I must eat more lean meats and little to no carbs, similarly to Banting which promotes a high fat intake. They’re not diets for the cash-strapped: meat prices have risen to unaffordable costs – even meat cuts that used to be the ‘poor people’ variety have now price tags that make your eyes water with desperation; butter is now bartered for gold; almonds (used to make breads or cakes, instead of regular flour) are ridiculously expensive; cauliflower is traded at the stock market…
Any product that has a ‘Banting’ label on it, suddenly becomes a jewellery item. Heck, even a plank of wood with a Banting label slapped on it can be sold at 10 times the former price.
Some followers of the Banting diet here in South Africa went frothing at the mouth with glee: fat is often attached to meat – which, essentially, means they assume they’re allowed to eat as much meat as their bodies can take. The ‘perfect’ diet, in full accordance to what they always ate! And then all washed down with copious amounts of beer… “Yes, beer IS a carb, but in that form it doesn’t count”. Nobody can tell what the long-term effect of a high fat diet will be on the human body; it will take more than a generation to obtain sufficient data.

Vegetarians and Vegans vouch for a meat-free diet, and include carbs and soya. This, for better health reasons and, of course, to save all the sentient beings in the animal kingdom. Which would be all good and fine, if it wasn’t that they buy avocados, macadamias, plantain etc., which are foods produced in other countries, often packed in plastic and styrofoam, loaded onto ships and trucks that consume fuel and exhaust CO2, and finally delivered to the nearby grocery store where vegetarians will relaxingly stroll to to select the best produce – in their minds convinced they have made Earth a better and cleaner place.
Some hypocrite vegetarians are those who assert they only eat grains, fruits and vegetables… but they include fish in their diet – because fish don’t suffer nor scream when killed (yes, I heard that one too).

Fruitarians go a step further than vegans, stating that also plants are sentient and sacred – therefore picking a carrot or cutting lettuce is akin to murder; or, at the very least, badly injuring the plants. Consequently, only fruits are allowed in the diet, because the plant is not killed at harvesting. I’m not even starting to talk about what long-term damage a high-fructose diet can do to body and teeth.

One step even further than fruitarians are the Appletarians, who consume only and strictly apples. According to their own findings (which, in my possibly uneducated opinion, are limited in knowledge and education), an apple is the perfect fruit that gives all the balanced nutrition for a daily need. The more extreme followers sustain that an Appletarian doesn’t even need to drink water, as the apple supplies the correct amount of liquid. Don’t get me wrong: I love apples – they’re refreshing, often satiating, and a great healthy snack. But I won’t substitute it for a meal.

It doesn’t stop here. Even more extreme than the Appletarians, the Breatharians claim that food and water are not necessary for survival, and that human existence can be sustained solely by Prana, the life force in Hinduism. Which brings me to think that the people in nazi concentration camps were either stupid or not enlightened enough. Not to mention the starving children of Africa, who should be the poster image of health, considering the huge amounts of fresh and clean air they can breathe. At the very least, a good aspect of the Breatharians is that they have zero impact on the planet’s food resources.

One extremely positive view promulgated by all diets is to avoid eating all junk foods, sugary drinks, snacks and biscuits – and this is a remarkable strong point to make, in a society that’s sadly becoming increasingly obese, unhealthy and diseased.

Diets have become the nutrition equivalent to religion staunchness and fanaticism, with their ‘god’ being the only one who will open the gates of heaven to you; and, as per every religion, their followers tend to see only one facet of the whole picture – which is the one that mostly resonates with their brain’s tenet – and merrily trash the rest.

Followers of one or another diet will proclaim that our prehistoric ancestors were – without a doubt – hunters. No! grain farmers. No! Vegetarians. No! Frugivores.
But, let’s face it, we weren’t there and we can’t absolutely be sure of one or another type of nutrition they followed. Chances are it could have been a bit of all, depending on the areas our ancestors lived, and on the change of the living conditions. And they were very harsh conditions, not as easy-going as our current times: exception made for the Breatharians, all other diet followers rely on finding products at the supermarket – often beautifully packed and sometimes even pre-prepared ready-to-eat. The core beliefs would be difficult to follow if we lived in the wild, and had to hunt and kill for meat, find or grow edible fruits and vegetables (not to mention understanding the difference between an edible berry or mushroom versus a poisonous one)
Myself, had I to kill an animal I wouldn’t be able to, so I’d have to turn vegetarian; but I’m practically inept to tending a vegetable garden (years and years of my father teaching me how completely thrown out of the window…) that I would end up starving to death. Could ‘death’ be the best diet to salvage our planet?

All that said, nowadays we all waste food. Lots of it. According to the Food and Agriculture Organisation (FAO), a specialised agency of the United Nations that works towards defeating hunger, one third of the food produced annually – over one billion tonnes – is wasted. Assuming that one sustainable daily meal is 1kg-1.8kg, I obtain… dunno… 7 septillion plates of food? Each. Single. Day.
I tried to do the calculation but, trust me, I lost count and gained a massive headache. If you are more math-proficient than me, feel free to get the right number and let me know. Irrespective, it’s a LOT of food; which, if it didn’t go to waste, it would feed humanity five times over, and solve world hunger in the blink of an eye.

Food reality shows and competitions, and gourmet restaurants, anger and sadden me: in the constant strive to prepare the Mona Lisa equivalent on a plate, they ruin and trash food which would otherwise be perfectly edible even in a not-perfect presentation. All in the name of success, reputation, and of the greedy ‘money god’.

I always get somehow pleased when going to a Chinese sushi restaurant: most establishments have written in the menu, “don’t order more than what you can eat. Any food wasted will be surcharged for.” And it’s right, every restaurant should have such disclaimer, printed in bold and red letter. We often have our eyes ‘bigger than the stomach’, and tend to over-order – be to our perceived famished hunger or be due to the fact that the food appears to be really tasty. Oddly enough, the stomach is a funny beast: we stuff our faces to near burst (brings to mind that scene in Monty Python’s ‘The Meaning of Life’, where Mr. Creosote, a grotesquely obese character morbidly overeating at a restaurant, explodes after eating an after-dinner mint), and we are unaware we’re over-indulging because it takes the brain between 10 to 20 minutes before registering the satiety signal. And that’s one dreadful result of gluttony.
There’s a little Italian café/restaurant in my area who serves pizzas sized barely bigger than a hand; perfectly tasty without any doubt, but (over)priced the same as a regular round pizza in other establishments. The owner justifies it in that the customer enjoys the flavours, finishes it all, and has no need to leave leftovers – thus minimising wastage. Commendable indeed but, buddy, unless your pizzas have gold leaves sprinkled on top, your prices are too high. Italian or not Italian.
Apologies, I digressed a bit.

My verbose essay is essentially to say that we’re living in an age dominated by reckless social media, YouTube, and conspiracy theory websites, places where the most ignorant persons can express unfounded opinions (and yes, that includes me), which sometimes are taken for undebatable truths and thus gather followers like ducks follow a farmer who’s throwing corn on a field path. Without follow-up research, removing the rose-tinted glasses and looking at all facets of the whole, blind faith risks to become dangerous. With this, I happily conclude in saying that, if the dietary regime you follow makes you content and you feel healthy and energised, then it’s indeed the right diet for you.
And now I’m blissfully and ignorantly going to make myself some lunch. Heh. 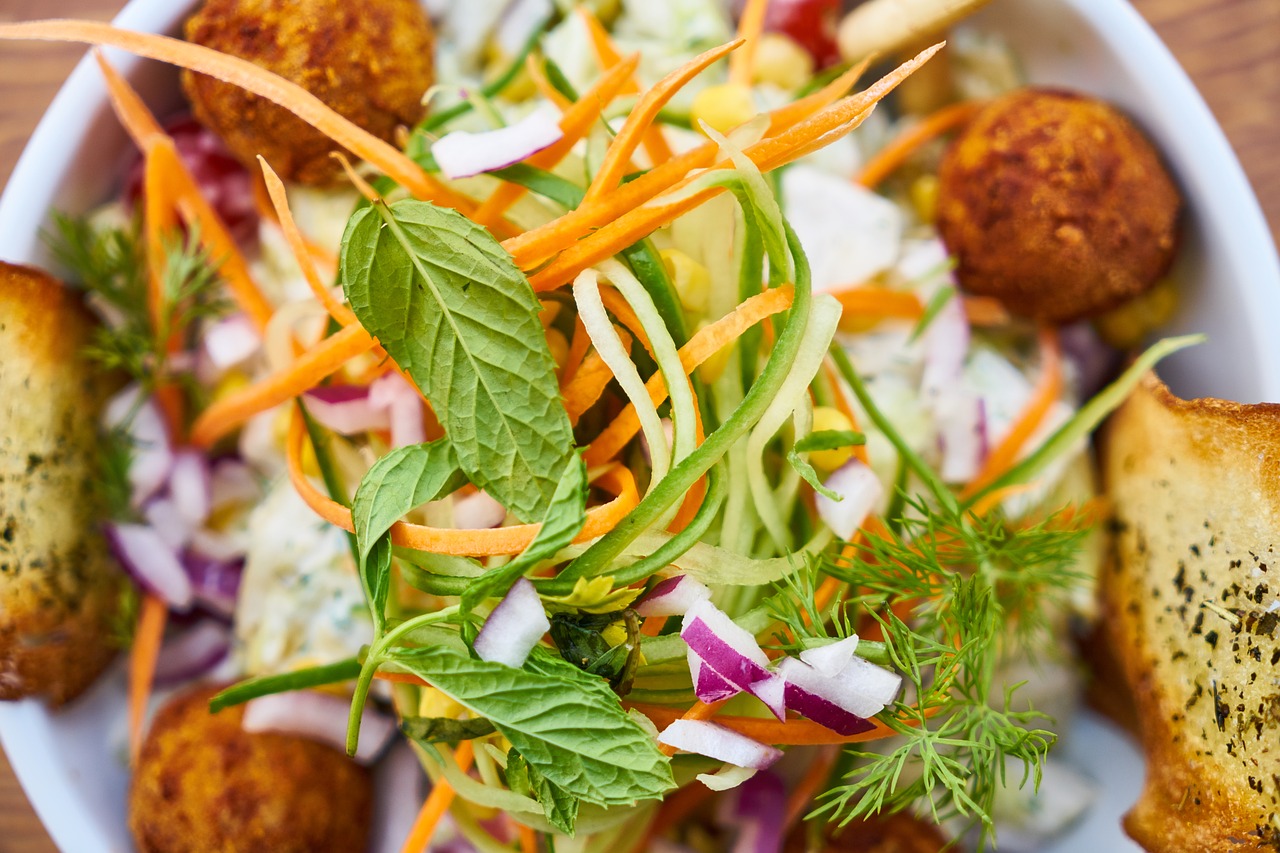 One thought on “Food, glorious food”