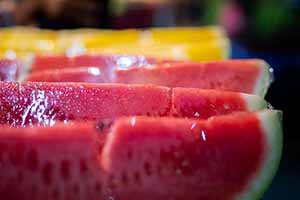 I’m savouring a crunchy and juicy morsel of a slice of watermelon. Looking at the glistening red fruit the memory takes me back to my carefree childhood: there was a stall a short distance away from where I lived where they sold watermelons and sweet melons/cantaloupes. It was often set on a grassy aisle between the two lanes on the road, large enough to allow for a pick-up truck and an array of mismatched old wooden tables and chairs (in some other places they were in plastic of cheap and kitsch style), and a large canopy (or various umbrellas) to shade patrons from the hot afternoon summer sun. At night rows and rows of white and colourful lights lit up the place, and suave folk ballades softly played in the background, its music discernible in the proximity but quiet so not to disturb the neighbourhood who wanted to sleep.
It was in the Seventies, and time moved at a different pace back then.
There were less cars on the road, and the nights were quieter than the present. Many people rode their bicycles or strolled to the ‘anguraio‘ (the watermelon seller); a few drivers stopped the car on the side of the street, didn’t bother to lock the vehicle and eagerly walked across, with an expectation not dissimilar to a person lost in the desert when sighting an oasis.
It’s in those sultry summer evenings my father treated us to enjoy some watermelon at one of these stands. We arrived, father wearing a vest and orange stripy shorts over his burly body of an amateur boxer, mother in a flowery dress that she could have fitted perfectly at the music festival of Woodstock in 1969, my sister and I also wearing shorts over our skinny legs, the knees bruised and encrusted from the too many falls off the bicycle.
We didn’t stand out, we were just an average middle class family among others: farmers, shop owners, factory workers, mechanics… humble people who cherished life for what it offered. Often, my father saw one or another person he knew and abundant smiles and laughs filled the air, with plenty handshakes and jovial pats on the back. Chairs were brought closer and tables assembled together to make a long one, while we children and the friends’ children cackled and poked each other. That, before my mother or some other mother scolded us telling to keep the voice down. The reprimand didn’t stop us, we only giggled softer.
My father eventually went to the counter and bought a watermelon, kept cold in a tub full of icy water; the owner knocked on the skin of a few floating green round balls and handed my father the presumably ripest fruit. Finally, the sweet prize got to the table! With the seriousness and dedication of the man of the house carving a turkey at Thanksgiving dinner, he proceeded to slice up the fruit, while my mother was distributing the slices. The fun for us children wasn’t merely in shoving our faces in the slices and chowing away faster than we could (with the mothers scolding again about not gulping down the cold juice, because ‘it’s bad for the stomach!’) but, more so, collecting the black pips in the mouth to then shoot them out machine gun- style. Winner was the child who spat the pips the farthest. Winning was very subjective and opinionated, because it was near impossible to see where the pips landed.
We were happy. That was a time void of #eatingout, #watermelon, #fruit; nobody knew about selfies, fame-seeking youtubing vloggers, Facebook or Instagram; children were still innocent and untroubled, and looked at each other in the face – not through the screen of a mobile phone.
It was another era. 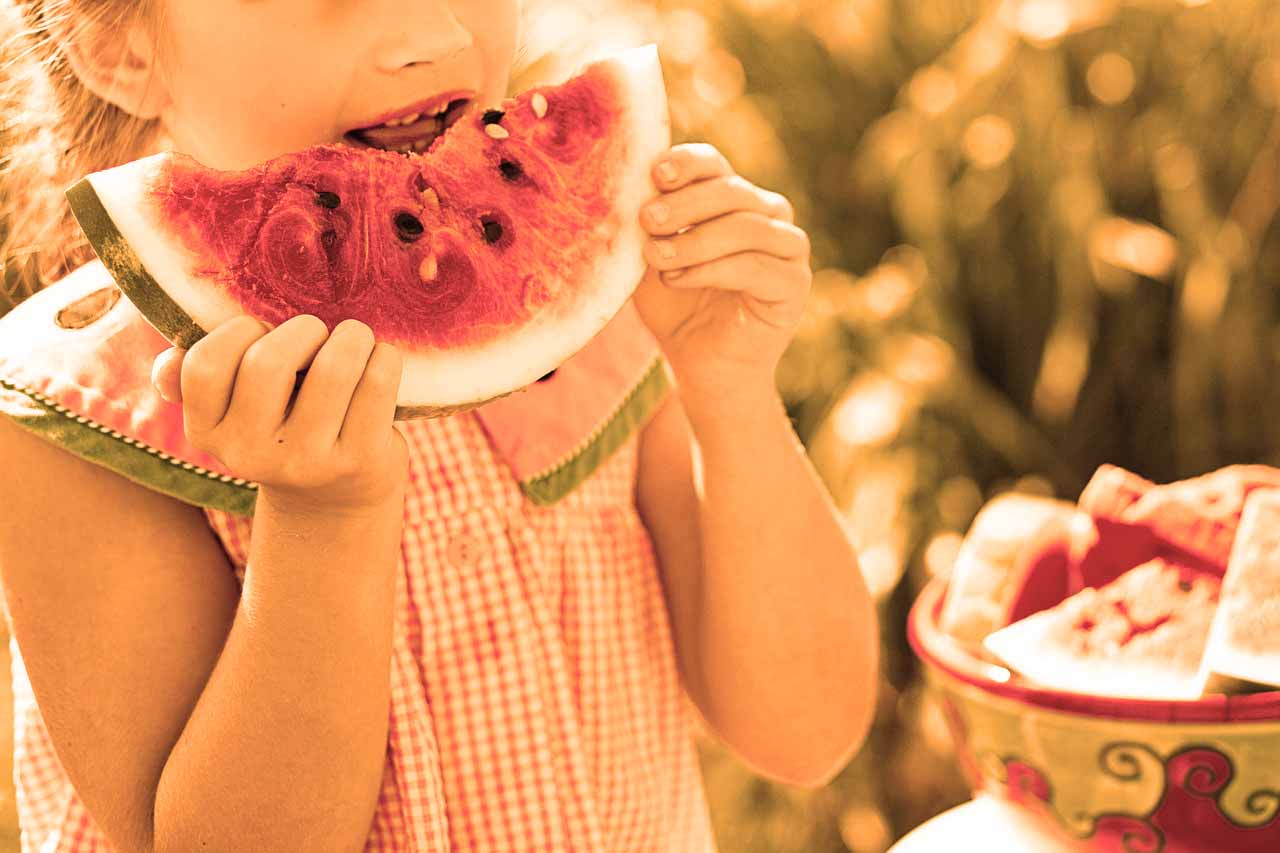